Recently 46,000 year old sites of high cultural significance have been destroyed by mining detonations.  Rio Tinto was legally permitted to destroy the culturally significant sites under a Section 18 Notice of the WA Aboriginal Heritage Act 1972, with a permit issued in 2013. Seven years later the mining company has destroyed significant artefacts including early evidence of grinding and bone technology and plaited hair approximately 4000 years old that has been linked by DNA to the contemporary Puutu Kunti Kurrama & Pinikura Traditional Owners. 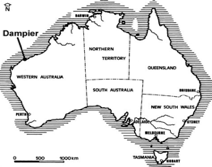 Some 350 km north of this site is the Burrup Peninsula, with rock art which is amongst the most ancient rock art in the world. The  peninsula and surrounding Dampier Archipelago also hold the highest concentration of rock art in the world. “…petroglyphs, include depictions of human life figures, human faces and animals that no longer inhabited the region, including the Tasmanian tiger”1

In January 2020, a submission was made to UNESCO to secure World Heritage Status for this region as Australia’s largest collection of rock art. If the submission is accepted it will reside on the tentative list for at least 12 months before the listing is formalised, due to a number of considerations that will be taken into account, such as outstanding universal value [OUV] of site, heritage management and including consultation with traditional owners [Murujuga]. The Burrup Peninsula is known to be a site of major industrial development and there are very real concerns that industrial emissions could adversely affect the stability and longevity of the rock art.

A number of academic studies have taken place around the protection of the significance of the rock art, one such study took place in 2013 pertaining to the natural processes and rates of weathering, erosion, including the effects of fire, that affect the stability of rock surfaces and subsequently the longevity of the rock art. Cosmogenic nuclides (or cosmogenic isotopes) were studied, and it was concluded that these rare nuclides demonstrate amongst the lowest erosion rates (at least measured by cosmogenic nuclides) anywhere in the world.  Thus low erosion rates, together with low rainfall, have favoured long-term preservation of petroglyphs, long enough to encompass the known period of human settlement in Australia.3

In 2013, after the mining company was granted mining rights in the region, archaeologists subsequently provided ‘evidence’ of the sites cultural significance via artifacts belonging to the Puutu Kunti Kurrama and Pinikura traditional owners, including a 28,000 year old tool fashioned from bone and a piece of 4000 year old plaited hair belt.  Traditional owners visited sites, in line with best practice in cultural management procedure, alongside international exemplar for heritage management, highlighting the importance of ethical partnerships with Traditional Owners and communities. The importance and significance of the site was indisputable, both from a local and international perspective.   Once the significance of the place had been established there was no process under the Act, or within the administration of the Act, that could alter the terms of the section 18 permit.  Under the AHA, no parties other than the Land Owner can appeal a section 18 decision. So, the Traditional Owners had no right of appeal after the section 18 was granted, despite having found new and compelling evidence about the significance of the site.

Legal Framework for management and protection lies within the Environmental Protection and Biodiversity Conservation Act 1999 (EPBC Act), where, within the act it is an offence to negatively impact an area that has national heritage listing. A great number of ancient Aboriginal sites are not listed as national heritage, and if federal legislation is not applicable, State laws apply.   The Juukan Rockshelters were not listed on the National Heritage List, so EPBC doesn’t apply. The rock shelters in the Pilbara were protected under Western Australia’s Aboriginal Heritage Act of 1972. The Traditional Owners are the Puutu Kunti Kurrama & Pinikura people and the legal tenement owners are Rio Tinto Iron Ore.4 So, under the S18 process, only Rio Tinto would be allowed to appeal against a decision.  The fifty year old act is currently being reviewed by the State Government, hopefully addressing the blatant omission of the opportunity of the reform of a decision once new information has emerged. Without legal protection cultural property is at risk as economic interests are at the forefront.

Instead of the circular debates in which the outcry of protection of cultural property comes at the cost of economic progress, Australia’s place within a global context will need to at least be acknowledged. “Global mining giant Rio Tinto is set to contribute 10m to support Covid-19 community initiatives in the US and Canada. The funding will be used to support deprived families and supply critical equipment to frontline works…”4  Australia no longer exists in economic isolation, we are on the international stage both economically and culturally, the destruction of irreplaceable cultural property is highly emotional, and deeply saddening. We all have to do better and find a way forward.  It is of no use to throw up our arms in despair, blanket blame, there must be open and honest conversations, difficult conversations.